Journey into a Pre-Schooler’s World

Building A Comprehensive Plan From Birth To College

A Journey of Transition 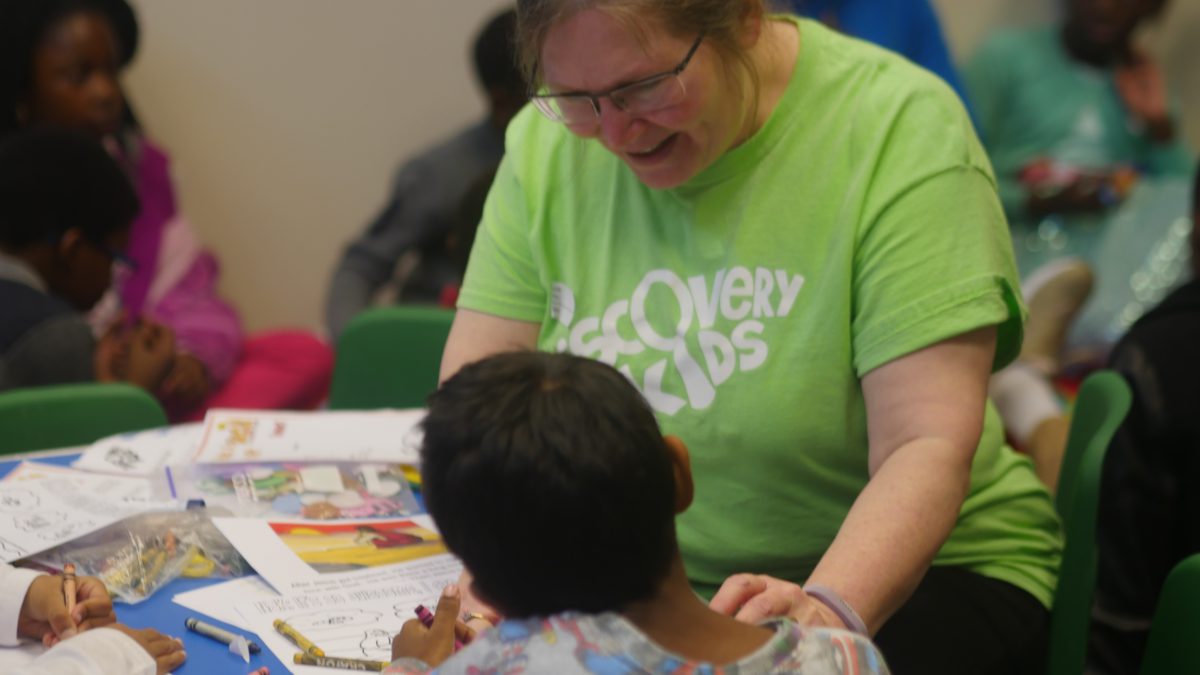 In Pre-School ministry we are not just filling a slot, or meeting an adult to child ratio, we are fulfilling a God-given purpose.

My name is Bev, and I am the Pre-School Pastor here at MKCC, I have no formal training in working with children – the same as most of you, it’s been learned ‘on the job’ and having 3 children of my own helps! At MKCC we have two pre-school classes, Wonder for age 2 and Imagine age 3 – reception.

At the end of this session I want you to be encouraged in your role – whether you have an absolute passion for little kids or you are, at the moment, just filling a hole on the rota – I want you to know that you are fulfilling a purpose! A purpose that spans eternity… and we are there to witness the very first steps these children take on their faith journey. But how can we engage with them? Make them feel like they belong, that we are for them?

Preschoolers have amazing imaginations! And they can easily blend their imagination with the reality of day to day life. They relate to an invisible God that they can imagine, it’s an easy ask for them to believe in something they cannot see they do it all the time! So – ignite that imagination. They may get the details muddled up but that’s ok. It’s better to spend your time telling them about the miracle of Jesus coming to earth – than getting the geography and timeline right! Let me read you something from the Jesus storybook bible…

‘Everything was ready. The moment God had been waiting for was here at last! God was coming to help His people, just as He had promised in the beginning. But how would He come? What would He be like? What would He do?

The earth held it’s breath. As silent as snow falling, He came. When no one was looking, in the darkness, He came.

There, in the stable, amongst the chickens and the donkeys and the cows, in the quiet of the night, God gave the world his wonderful gift. The baby that would change the world was born. His baby Son.

Mary and Joseph wrapped Him up to keep Him warm. They made a soft bed of straw and used the animals feeding trough as his cradle. And they gazed in wonder at God’s Great Gift, wrapped in cloths and lying in a manger. Mary and Joseph named him Jesus, Emmanuel which means ‘God has come to live with us’ Because, of course, He had!’

Pre-schoolers learn through all their senses, much more than at any other age. Use actions, in everything! Use media if you can. Their young lives are full of technology, we don’t need to match it but we can’t ignore the fact that we have competition! A black and white picture just isn’t going to cut it. Involve all their senses – at the moment when a child finds a Need2Know picture they get to switch on a light they love it, they’re not usually allowed to touch things like that! We’ve used a slime jar for them to dig in, sand, ‘made’ cakes in the microwave – it doesn’t matter how daft it would be to an adult or older child who ‘knows’, pre-schoolers just take things at face value and love it!  Dressing up – the old kids recognize but the 3/4 yr olds just think a SuperHero has walked in.

But they also love structure – though they may not think they do! Keep to the same basic schedule each week. Change small parts, but not the whole thing. They like to know what’s happening next. It makes them feel secure and lets them imagine and wonder about their creator instead of worrying why there’s no story time this week or there are no leaders that they recognise.

We have some key things that we always say to the children:

Many of us have our own children, and can remember the Sunday morning dramas of trying to get out of the front door without throttling someone! There’s just something about a Sunday… so one of our values is FUN. At the end of the day, it doesn’t matter how important the message is that we are sharing with the children, if they don’t want to be here, they won’t be in a place to hear anything. That’s one of the reasons we do ‘Kidz Church’ so we can have fun, playing games, making crafts, etc, at the beginning. But we want the whole morning to be enjoyable for them so we spend time making the story, worship, room, everything suitable and engaging for them. Make the room look different – it’s easy to do.

Our Bible story time might look different from week to week but it’s easy to make it fun and engaging. Use cheap props, wigs, charity shop clothes to dress up – the sillier you look the more the kids will love it.

Involve the kids in the story…
Creation – draw pictures, get the children to guess what God made, count on fingers, ‘God said it was good’ – thumbs up. On Day six God made us – He said ‘It was VERY good!’ The lost sheep – walk around the room, counting children, up and down hill/pat legs, looking. Jesus quiets the storm – wind/rain, bigger louder – then it was quiet (whisper) – bring your key point in that moment.

The biggest impact you can have on a child is yourself – giving your time, being intentional. You know pre-schoolers always have something to talk about! So take the moment and listen. They will remember ‘you’ far longer than what you are trying to teach them. So they need to see Jesus in you. Building RELATIONSHIP is another of our values. This is part of the reason we have free-play at the start of our service time, it gives the opportunity for those relationships to be built. We ask our volunteers to serve at least twice a month, at the same service time, as we have seen the value ourselves that this consistency bring – for the children and for the leaders. I would really encourage you, if you don’t already do that, to do it.

Now there are always those parents who just want an hour’s peace and quiet (that’s probably most of us!) but they will drop their kids, in a place they may never have visited, they don’t know the people, they don’t know their procedures, they don’t know what’s going to happen with their children but that is totally irrelevant!! But generally speaking, if parents do not feel the environment they are placing their children into is safe – they won’t be happy to leave them. Yes it’s basic but SAFETY is so important. Children and parents need to feel secure.

Safe registration, toys that aren’t broken, ‘escape routes’ that are secured. And of course, ‘safe’ leaders. Ensure you have in place a safe recruitment process that you do not sidestep, for any reason, whoever it is who has applied for a role in your kid’s ministry. It doesn’t matter how long you have known them.

And our last value is AGE APPROPRIATE. Seems obvious but not always easy to put into practice. In Discovery Kids we made the decision a few years ago that every class would learn the same Bible story and same Need2Know each week. We wanted to help parents to have those meaningful conversations with their kids, and if they’re all learning the same story that certainly makes it a lot easier. But, there is a vast difference in language between an 11-year-old and 3 year old! But it’s doable… introduce the ‘older’ words but with an explanation so they become familiar.

At the moment our series is called ‘GLOW’ – letting Jesus light shine to people around us. Not the easiest concept to share with 3 yr olds! 1st week – torch – jumper. People can only see who Jesus is and how much He loves them if we ‘show’ them.

Eg: Jesus paid the price for our sin. To a child does that mean He went into a shop and bought our sin – whatever that even is?! You could explain like this, use the ‘older’ words too so they become recognisable to the children as they grow older.

‘Jesus was punished – who knows what punished means? Well it’s like when you do something naughty at home and then your mum or dad have to tell you off – they might even send you to your room for a while or stop you playing with your favourite toy. So, Jesus was told off or punished, for all the naughty things, the Bible uses the word ‘sin’ and bad choices we make. And not just the things we do wrong today, but the all the things we’ve already done, the ones we’re still going to do and not just for us but for everyone in the whole world! Wow, how amazing is that!’

We can have so much fun in pre-school, kids and leaders alike, it’s a chance for you to be a big kid without having to justify yourself! 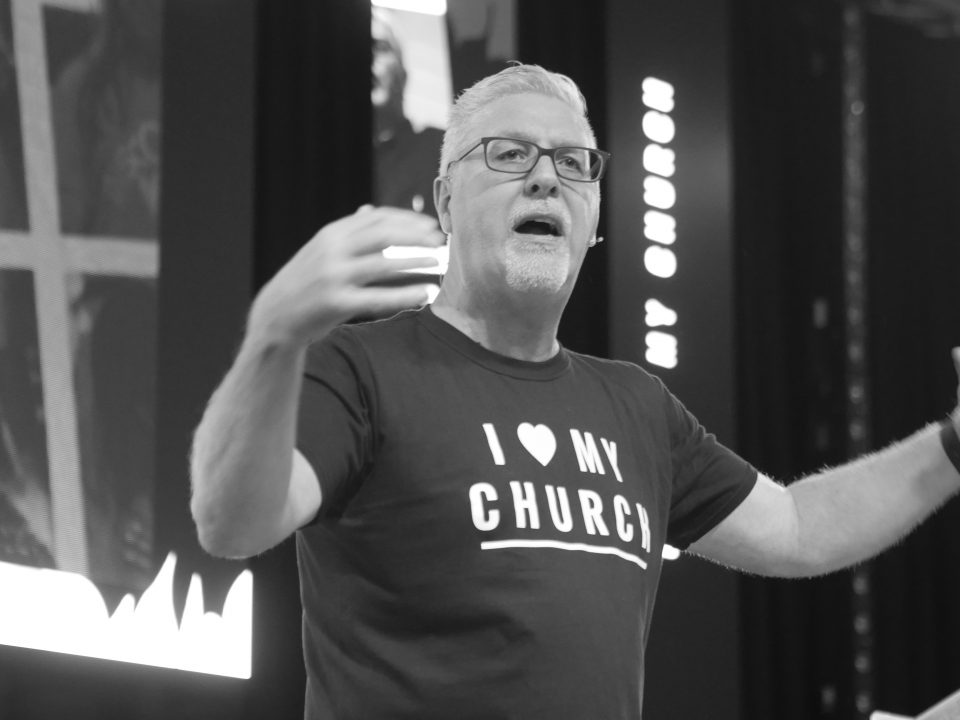 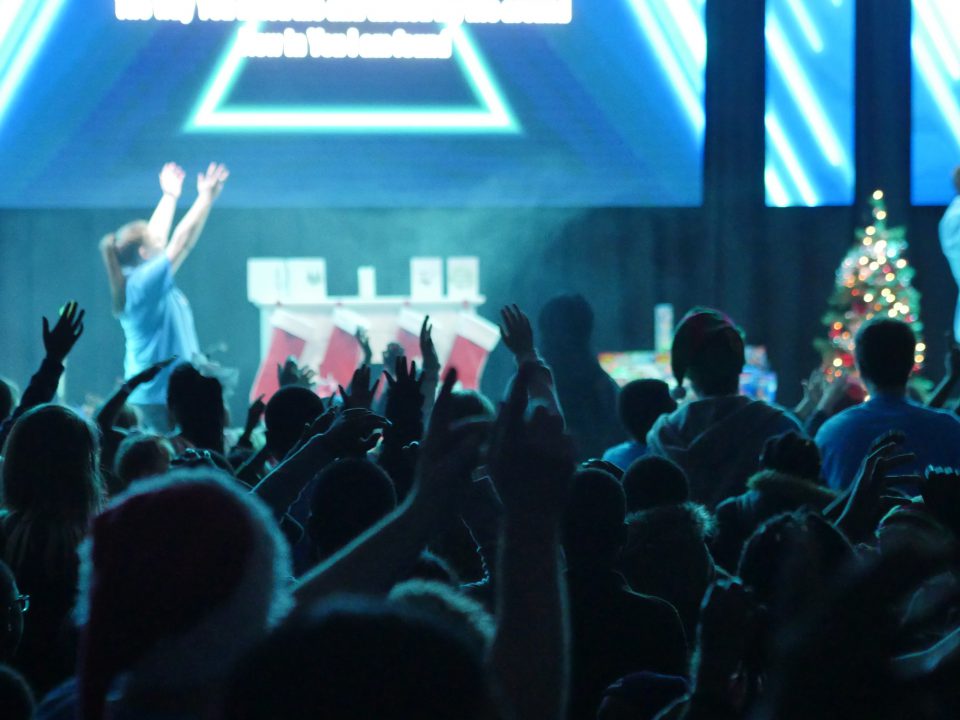 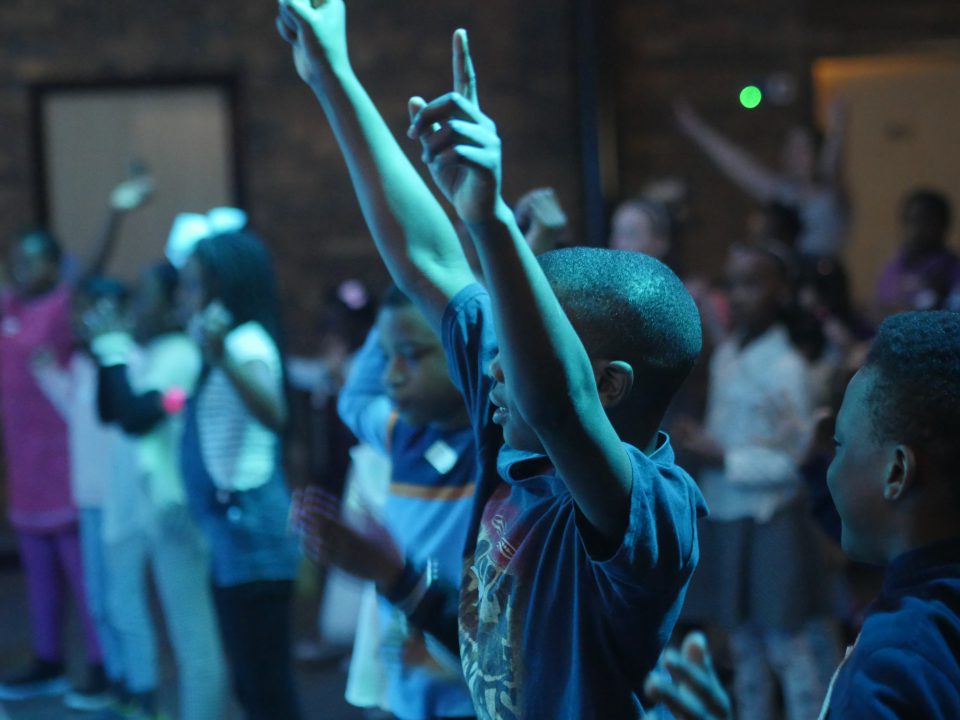